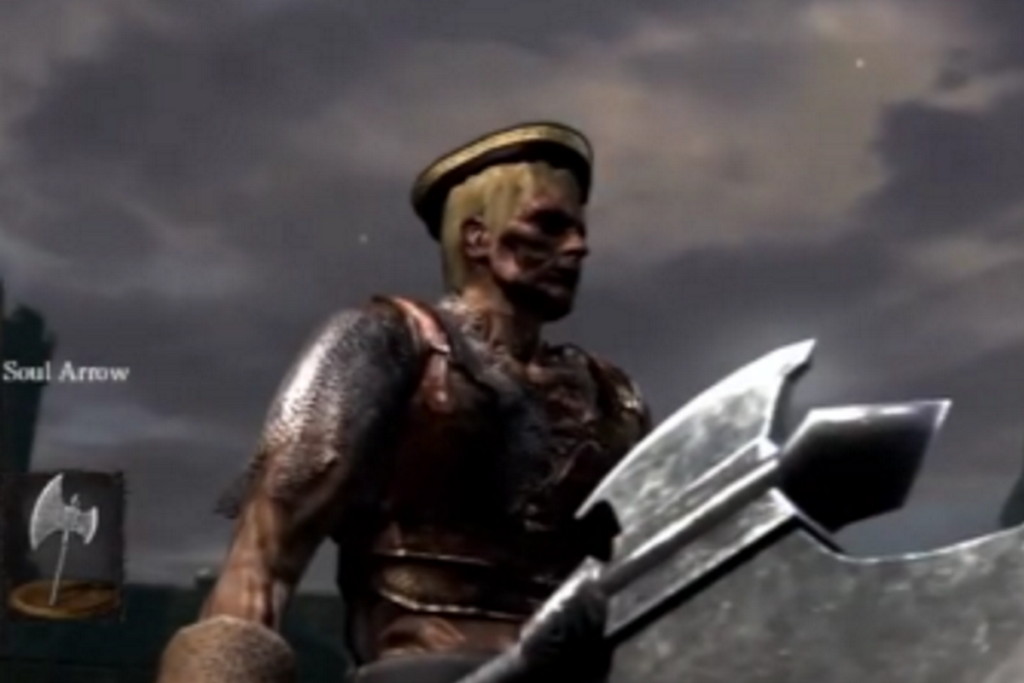 Today, I want to begin a series looking at the Souls games, starting with “Dark Souls”.

“Dark Souls” is a Japanese action RPG made by From Soft under the Direction of Hidetaka Miyazaki. The land, this game is set in, is the fictional Lordran. The player takes the role of the Chosen Undead whose purpose is to attempt to link the fire thus continuing the Age of Fire- an era brought upon after Lord Gwyn defeated the Everlasting Dragons. It is to be cleared up for the reader that being Undead is a curse which was created upon Gwyn linking the first flame and that the cursed are branded by a mark. The Chosen Undead wakes up in the Undead Asylum, receiving a key from a mysterious friend to help escape. Due to the story and lore being mostly revealed through the player by experiencing the game and reading item descriptions, rather than talking about the plot of Dark Souls, I will talk about what makes this game unique and special to me. 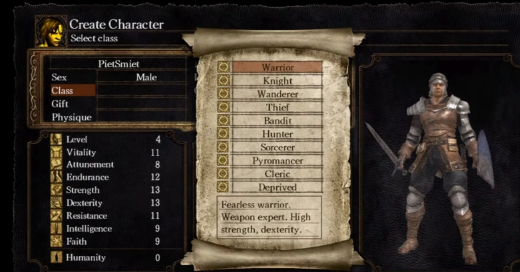 First off, „Dark Souls“ is well known for its high difficulty. It is to be cleared up that the game is said to be more difficult than it really is and that it is rather punishing silly mistakes and not holding the player’s hand than it is really hard. It is not difficult to increase the game’s length, but to give the player a sense of accomplishment and contentment should they become better at the game and overcome difficult parts like bosses or traps set to kill the player, just to name a few examples. The difficulty is not artificial, but made to teach the player to go through the game’s world more carefully and with more thought.
Furthermore, aside from an intro, the player has to discover the plot and game’s story by playing themselves and drawing conclusions. Those come from information and background item descriptions deliver. Those explain a lot about NPCs, bosses and, often mentioned locations like Anor Londo. 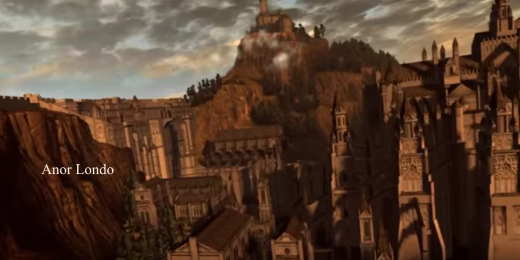 There are Youtubers who are well known by the „Dark Souls“ community for unraveling and interpreting the Souls lore, for example VaatiVidya, EpicNameBro or DaveControl, just to name a few well known.
Aside from being free to interpret the lore in the world of the „Dark Souls“, the player also is offered a wide freedom to explore the world. One of the first NPCs (non player characters) one comes across is the Crestfallen Warrior who explains what to do- ring the bells. Of course, the regular player, not having played the game, won’t know what is meant by that or which purpose ringing those bells serves, but this will be revealed later. So, by overcoming the game’s difficulty and learning, the player is rewarded with unraveling the plot more and more and being “fed” with information. 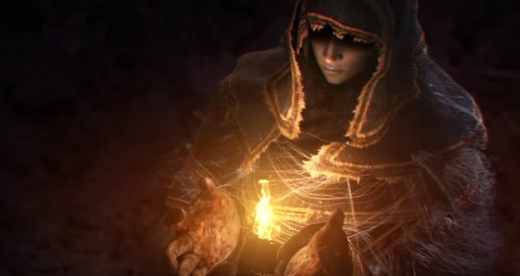 Last, but not least, „Dark Souls“ presents beautiful locations which are interconnected and impress through being inspired by real places in the real life world. A general rule is: If you can see a place, you can go there. If you see a castle or a big tower in the distance, you will progress there eventually, should you not “hollow”. Hollowing is a mechanic in the Souls games which represents losing humanity and sense of fighting for your goals hence it can be restored by using a consumable trinket, namely “humanity”. If the player is threatened by the game’s high difficulty and coming closer to giving up, they are, in the sense of the Souls world, metaphorically moving closer to becoming hollow. One is truly hollow, should they have no purpose and goals anymore- they lose their sanity. 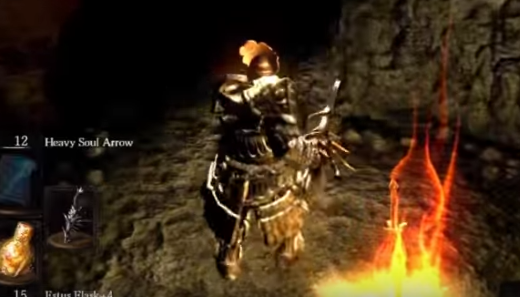 It is possible to say that „Dark Souls“ is on one hand a hard game, but also is it easy in the sense that you cannot lose in the traditional sense. You can only lose if you give up and decide to stop playing.